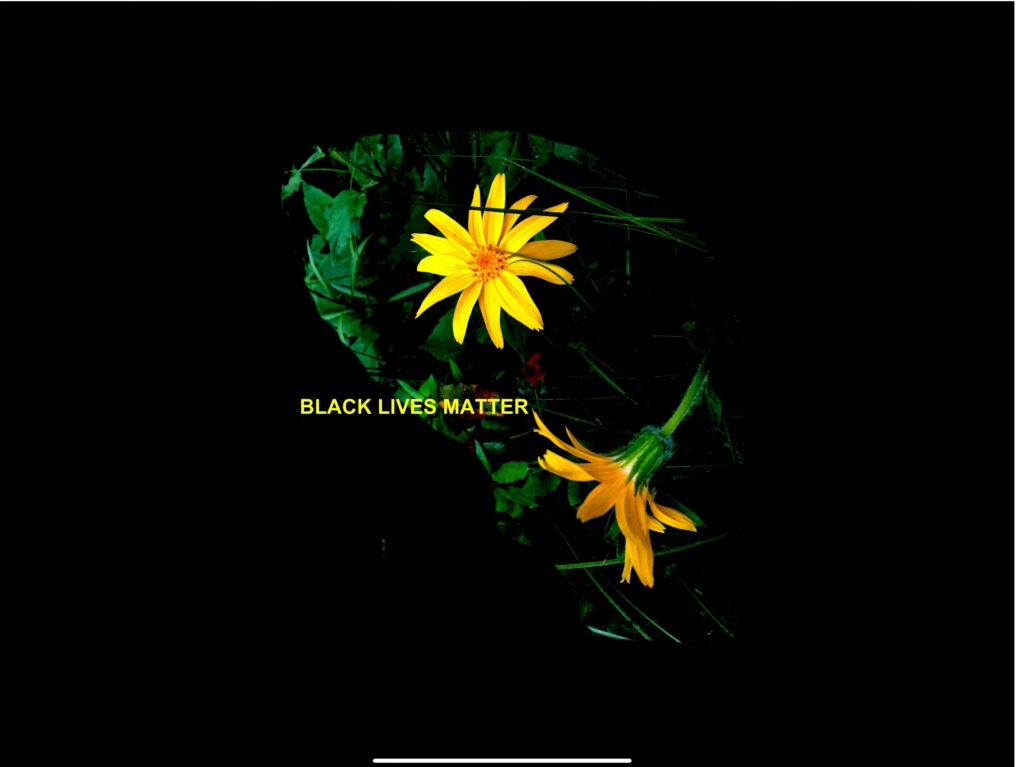 I am a white woman and I want to say something about race to other white people.  I have rewritten this post multiple times because it’s a complicated issue and I’m not an expert by any means.  Anything I say here will be completely inadequate, but silence is complacency and I will not be silent regarding where I stand on the Black Lives Matter movement.  I fully support the Black Lives Matter movement.

Speaking up, doesn’t mean saying it perfectly, or not making a mistake.  I know that for many reasons, but most especially because I’m white, I have an endless amount to learn.  I will not get to most of it in my lifetime, but my goal is to keep trying, learning and growing and changing my behavior and choices wherever I can.

I want to share a few things because I know that my silence leaves people who don’t know me  unsure of where I stand.  White silence leaves people of color in a less safe situation.  So here are some of my thoughts, where I’m coming from, what I’m trying to do right now to grow, and a few ideas on places other white people can grow and take action too.

My first lessons around race came from growing up in Texas, a place with a LOT of racism.  I grew up feeling horrified by the racism I saw, and unaware of the racism that lived within me.  The graduate school I went to, Smith School for Social Work, had a commitment to become an antiracist institution.  One of the things this meant was that we looked at race and racism in every class we took, no matter what the topic.  And we looked at racism within ourselves.  I came to believe something I learned there – that every white person is racist – in some way or another, in one moment or another.  And I came to believe that about myself.  And that was a rough realization for me.  I realized that there were infrequent, almost imperceptibly-out-of-my-conscious-mind thoughts, about people of color that came from things I’d been steeped in growing up.  I learned that instead of going into a shame spiral about that and then pushing the thoughts away, I needed to bring thoughts like that into my conscious awareness, thereby exposing their ignorance and deflating them.

White people are the only people who can end racism.  Black people didn’t create the problem and can’t end it.  Only we can.  White people created the problem.  It is built into the system, into the way of life in America.  If we want it to end, we need to make racist people uncomfortable.  We need to put ourselves at risk, and stand up for what is right.  We need to work harder and do more to create change.  It is squarely up to each one of us.

I am more aware than ever of my white privilege and how every single, little, tiny advantage I received because of the color of my skin, created a disadvantage to a some person of color somewhere.

Here are some of the things I’m committing to do to help this situation, or am doing already:

Every time we as white people don’t speak up against racism we are complicit and we are allowing the status quo of racism and suffering to continue.  And white people have all kinds of reasons that they don’t speak up and none of them are good enough and never have been. Our shutting down racism and educating where we can, can stop the horrific cycle of violence, murder and micro-aggressions that black people live with everyday.  Talk to your families and friends about this issue.  Open a dialogue in your workplace.  Demand change.  I am asking other white people to make your voice known – name the side you’re on, out loud.

ROOT OUT RACISM INSIDE YOURSELF

We need to look deep inside ourselves regarding extremely subtle (or not so subtle) racist thoughts, beliefs, behaviors, assumptions, or places of ignorance.  We must question ourselves, our white privilege, how we benefit from it, and how have we subtly or otherwise, participated in racism our lives.

TEACH AND BE OPEN TO OTHERS

We must keep speaking up to our white families, friends, and co-workers who need to be brought along further down this path.  We can help those of us who are less aware than we are.  And we can be open and learn from those who are more aware than we are.

We need to educate ourselves about reparations and start taking action.  Reparations are something our government promised long ago and never delivered on.  It’s important that we learn about it and make it a reality.

LEARN ABOUT POLICE REFORM AND DEFUNDING

There are some amazing ideas out there about police reform and alternatives to police.  Learn about them.  Research them and talk about them.  Vote for them.  The complacency for violence and abuse towards black people exists within police departments and must be stoped.

This won’t be right for everyone in the time of COVID.  It’s a personal decision and every single person who is marching is taking on some risk.  But these protests are making a difference.  They are putting the problem in front of the whole world in a clear and important way.  If you’re healthy enough and feel you can protect yourself enough, or you simple don’t care about the risk, go for it.  If you are at greater risk or it’s not right for you for another reason, there are many other ways to help.  Protesters who are white, face less risk from the police.  Let’s use our white privilege to stop racism in all the ways we can.

Give money to Black Lives Matter, to people supporting the protests, to bail for protestors, to black people in your profession.  Check out the reparations Facebook page:

I’d like to share some of the things I’ve been listening to and reading lately.  I’ve gotten ideas from my own research and other people’s lists of what they’ve been paying attention to.  Let’s share good information with each other.

There are so many other resources.  Here’s a list that was recently shared publicly.

In Judaism, we have an idea called Tikkun Olam – To Repair the World.  The idea is that the world is broken and it’s up to each of us to do all we can to heal the world while we are here.

What are you doing to learn more, do more and think more?  How are you working to repair the world regarding antiracism?  What are the ways in which you can relate to what I’m sharing?

No Justice, No Peace

One Reply to “Black Lives Matter”